COMPUTERS WILL HELP IN INTEGRATING INDIA 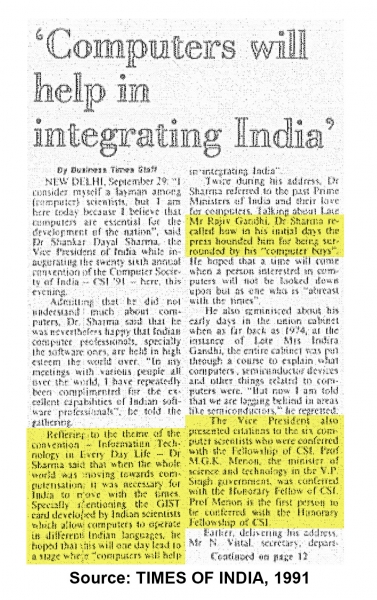 Referring to the theme of convention- Information Technology in Every Day Life- Dr Sharma said when the whole world was moving towards computerisation,it was necessary for India to move with the times. Specially mentioning the GIST card developed by Indian scientists which allow computers to operate in different Indian languages, he hoped that this will one day lead to a stage where computers will help integrating India.